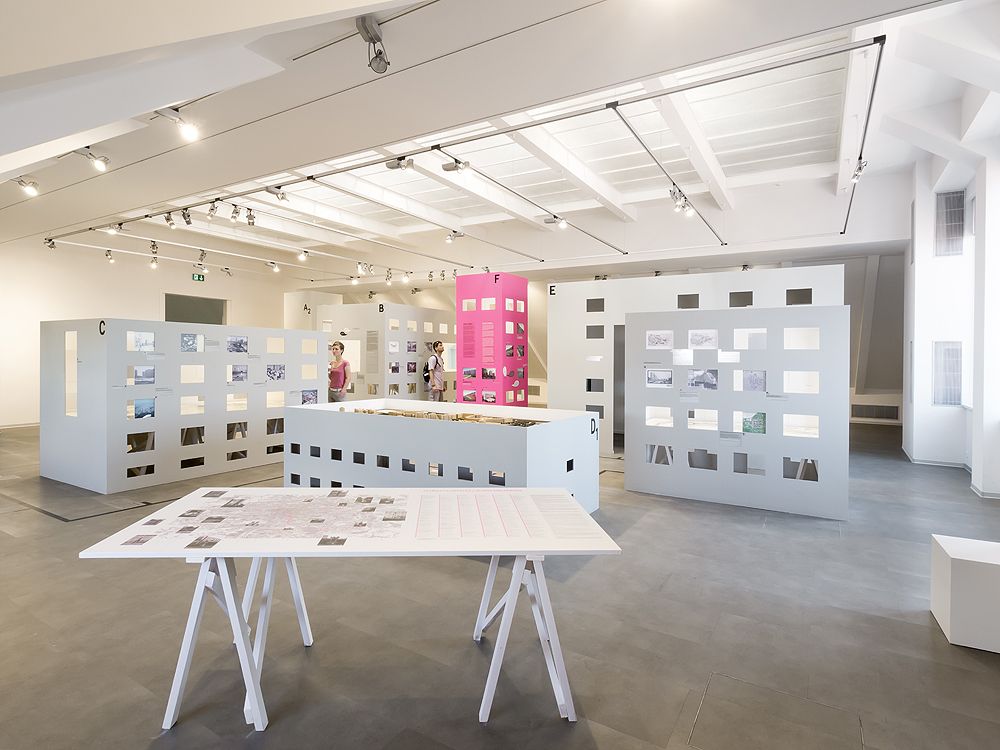 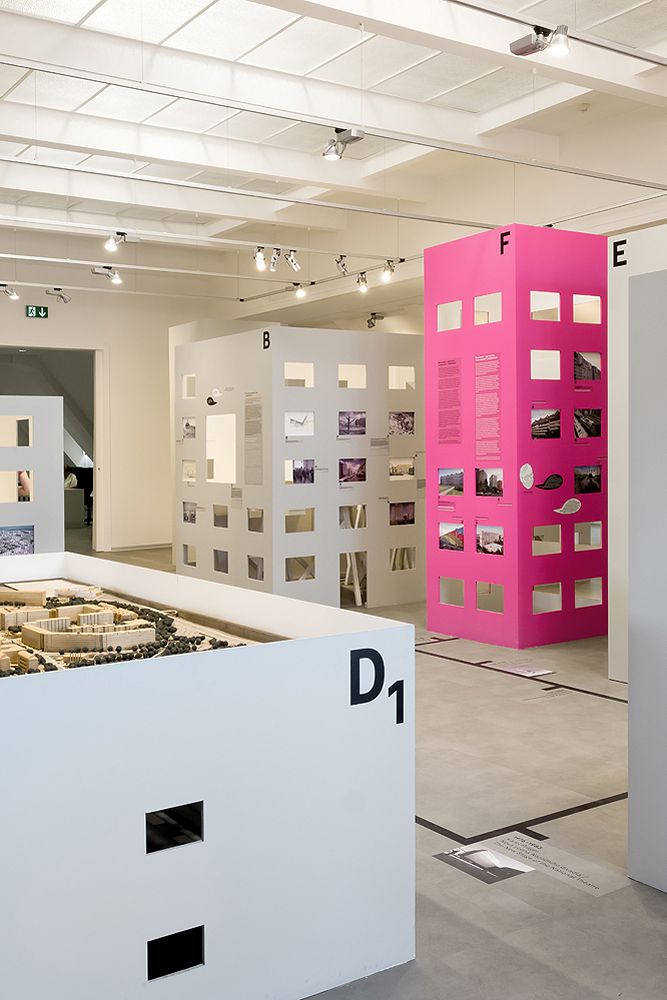 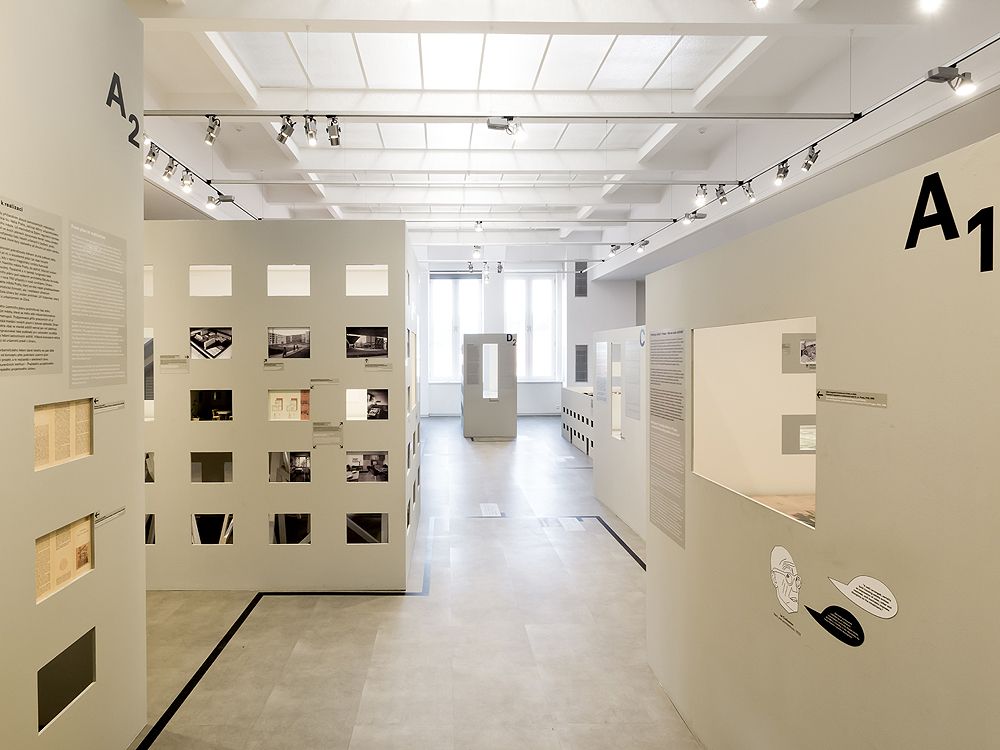 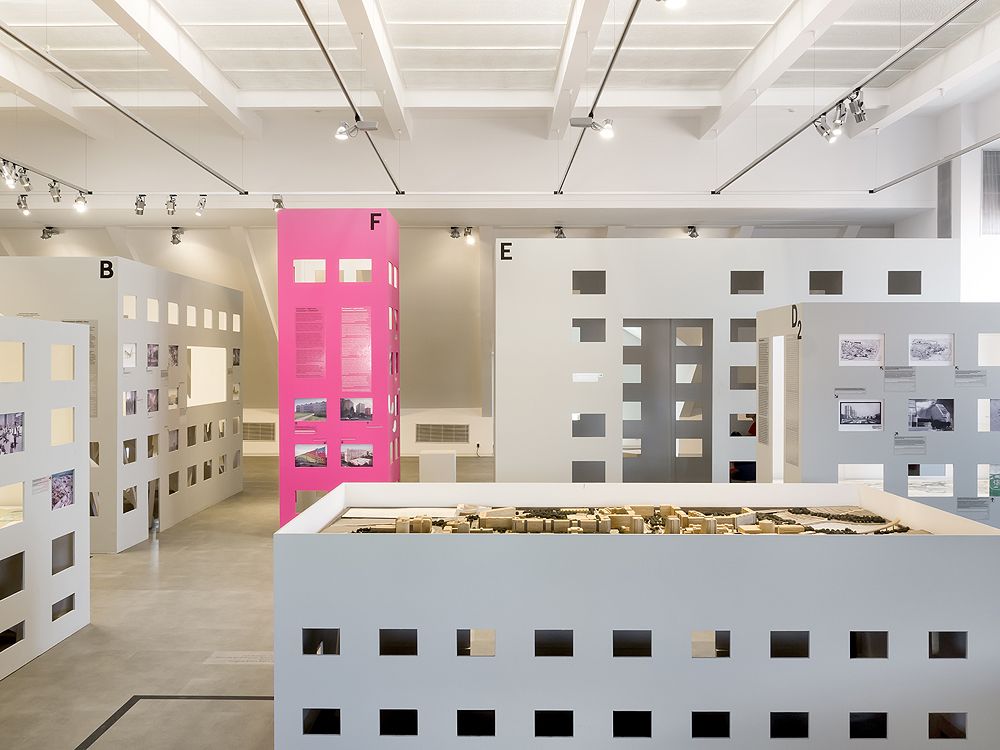 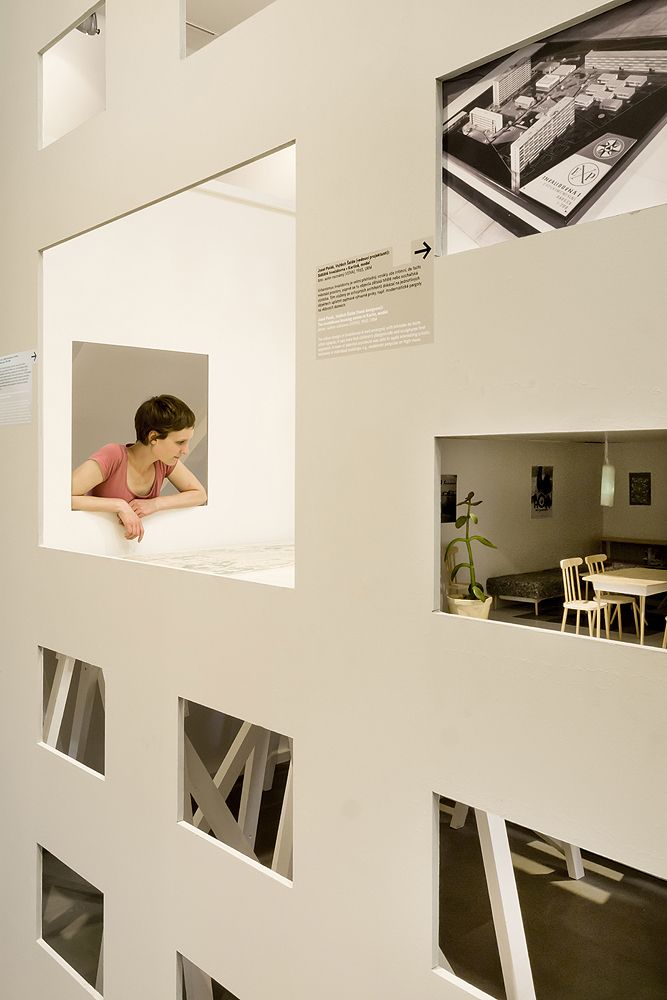 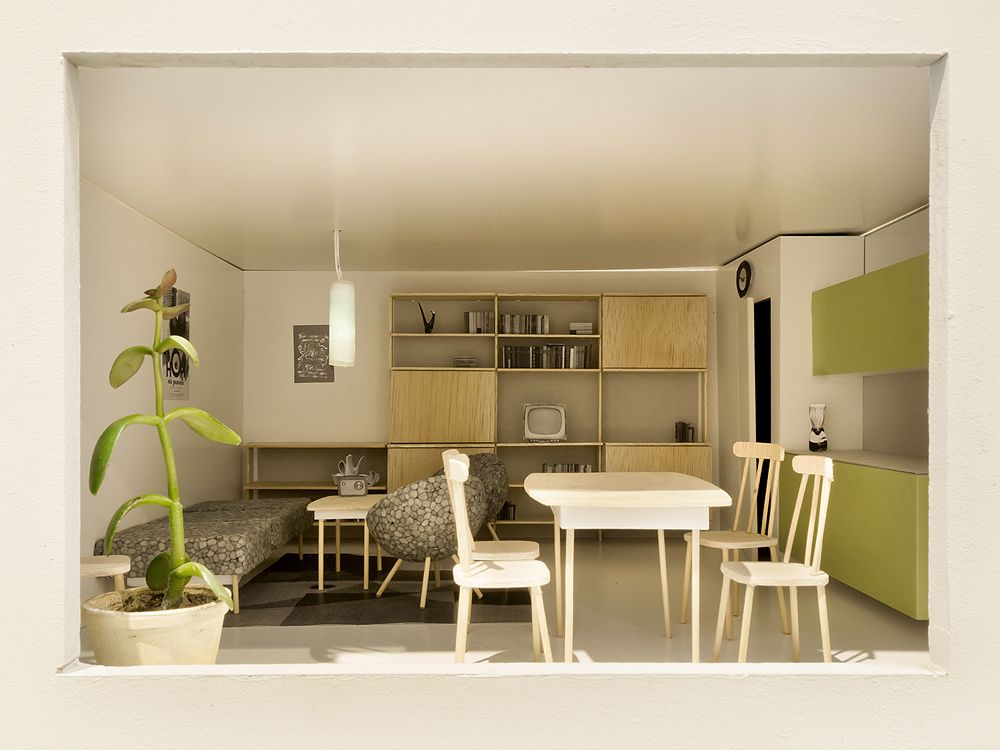 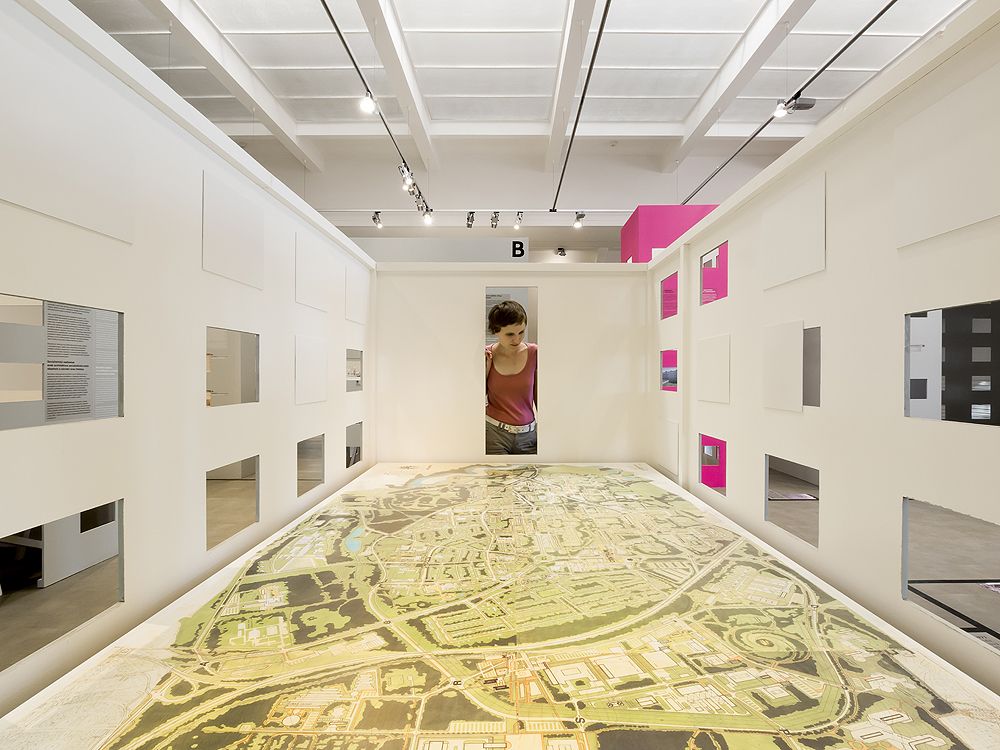 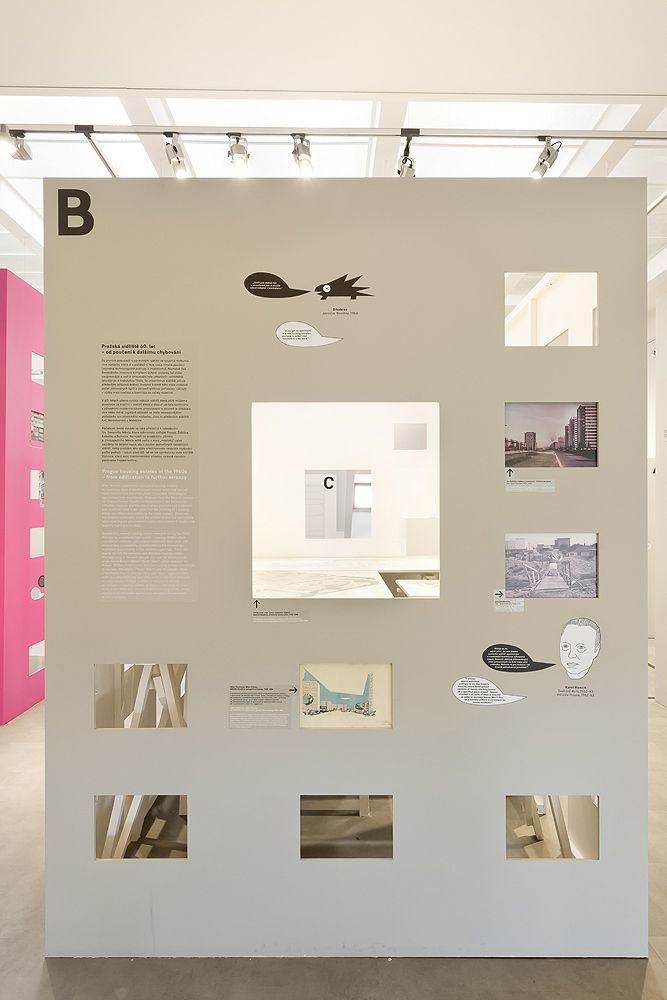 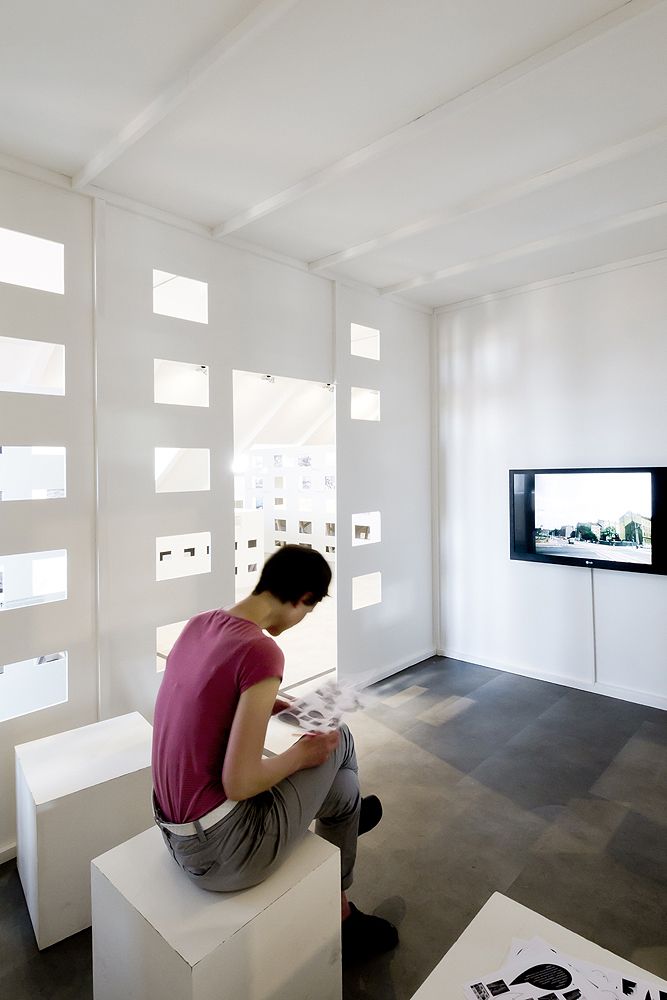 “If you got an apartment in a new housing blocks, you should select your furniture in a toy store.”Dikobraz magazine 1958, CZ

For many people, the housing estates – extensive residential complexes – that were built most intensively from the 1960s until the 1980s symbolise the era of socialist normalisation. They hemmed in Prague from all sides like an impenetrable bulwark, and their uniform and anonymous environment became an object of ridicule, especially in the years following the Velvet Revolution. Nevertheless, Prague’s housing estates are inhabited by some 470,000 people – 40 % of the capital’s population, for whom a housing estate is home.

a1architects have designed an exhibition as a model of fictive housing estate, where each of the blocks presents images and plans in its windows. All the big city plans are „hide-out“ inside the blocks, so they could be seen only through the windows. This concept of interactivity gives its visitors unique experience to watch and to be watched by others, which is one of very typical features of living in housing blocks.

The exhibition traces developments at selected Prague housing estates (Solidarita, Červený Vrch, Petřiny, Invalidovna, Malešice, Prosek, Jižní Město and Jihozápadní Město) from when prefabricated elements began to be used in the late 1940s until the 1980s. In recent years, the regeneration or “humanisation” of housing estates – their rejuvenation and adaptation to the requirements of modern living – has become an issue.
The goal of the exhibition, which is based primarily on documents deposited in the archive of the City Development Authority Prague (URM), is to present why and how Prague’s housing estates emerged, while neither condemning nor celebrating them. In view of the breadth of the topic, the exhibition does not offer an exhaustive summary of the issue; rather, it can be considered one of the “first swallows”.