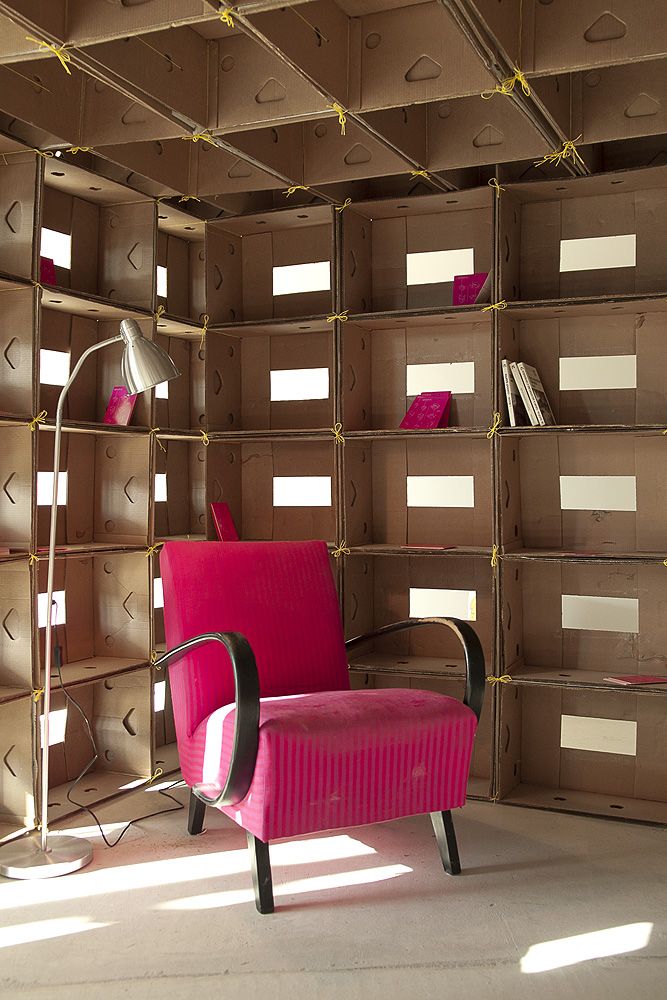 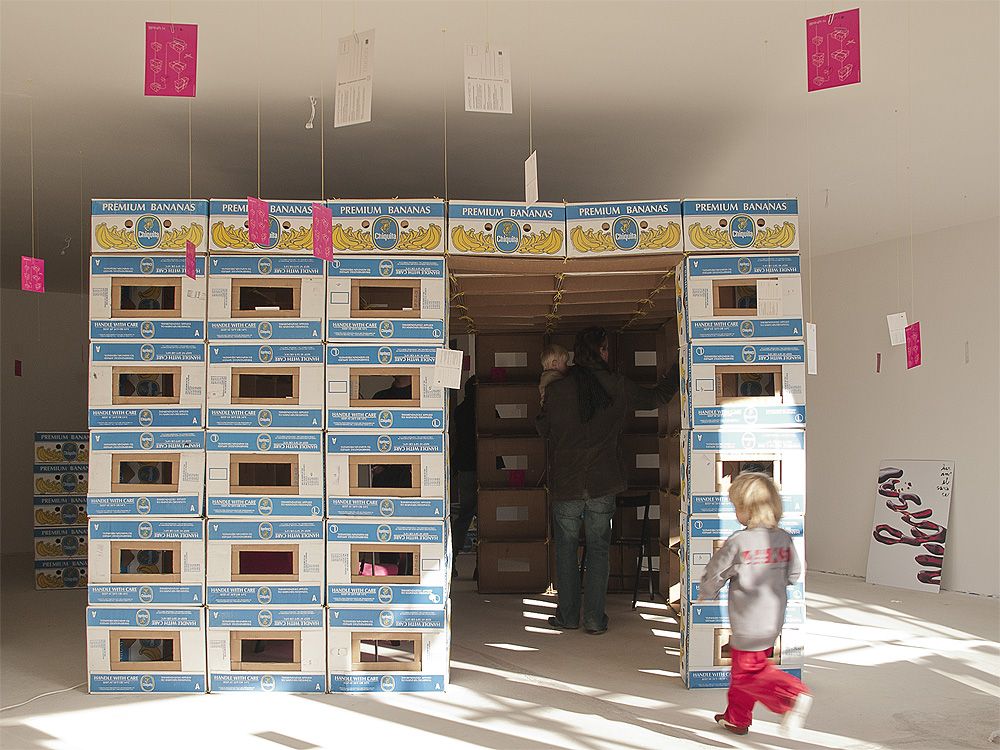 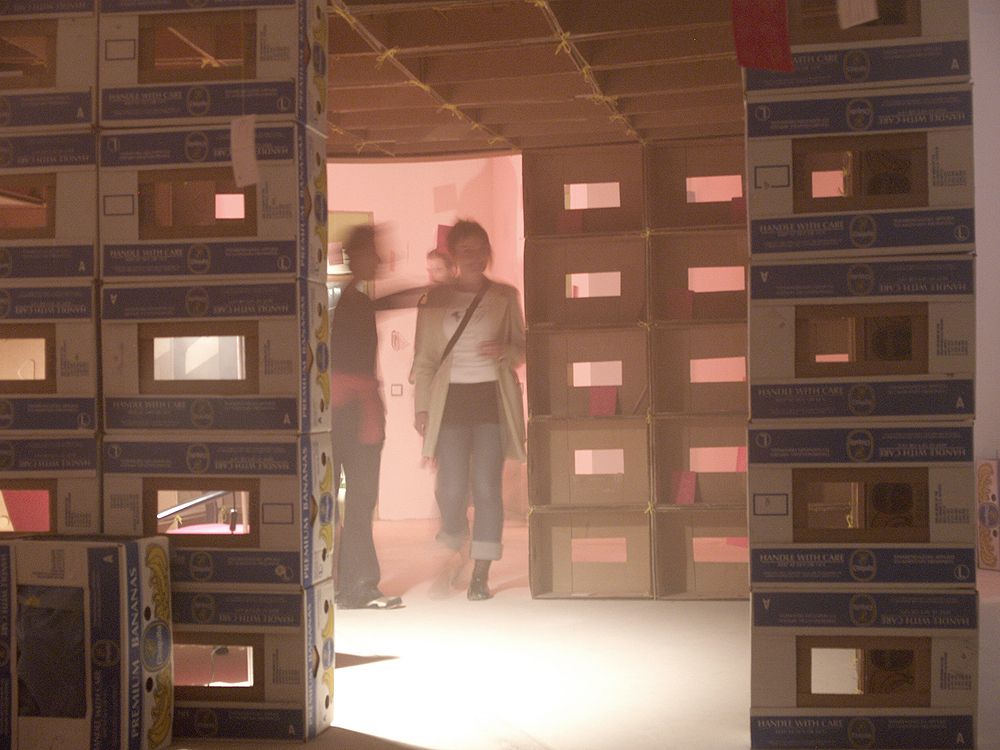 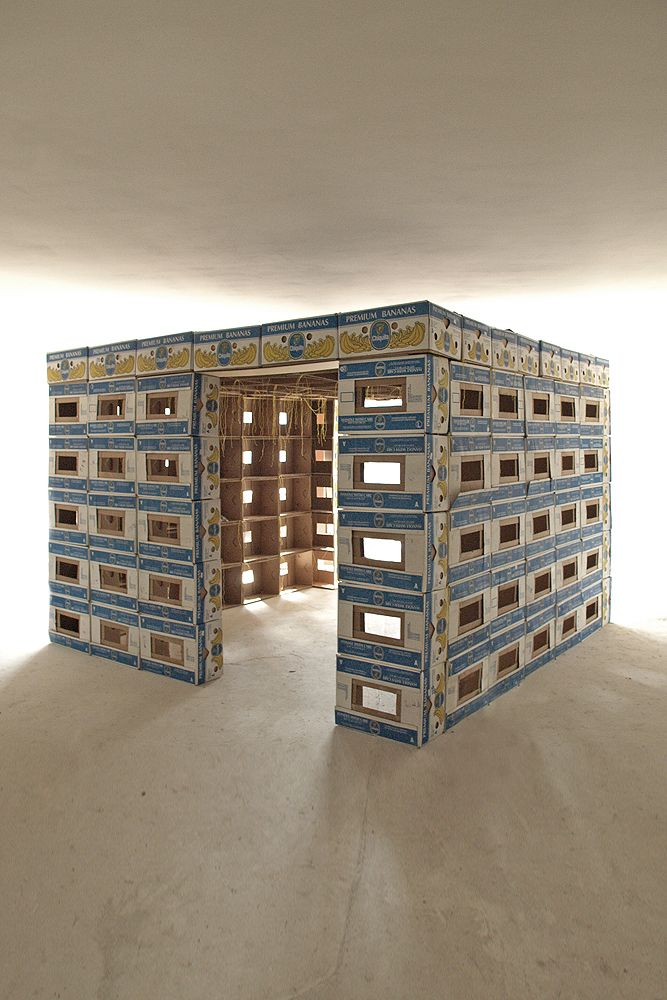 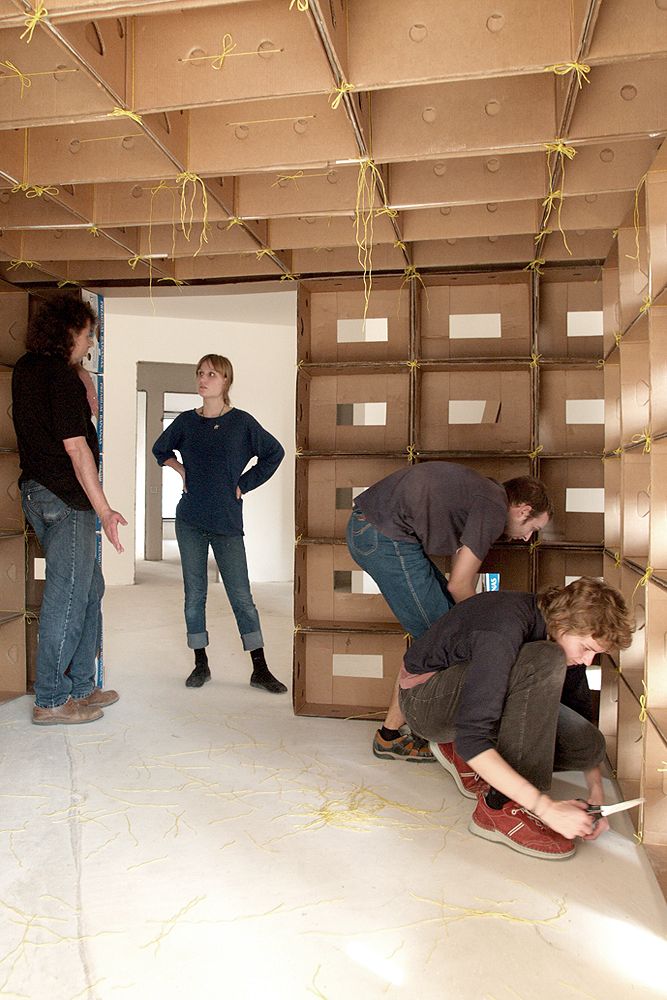 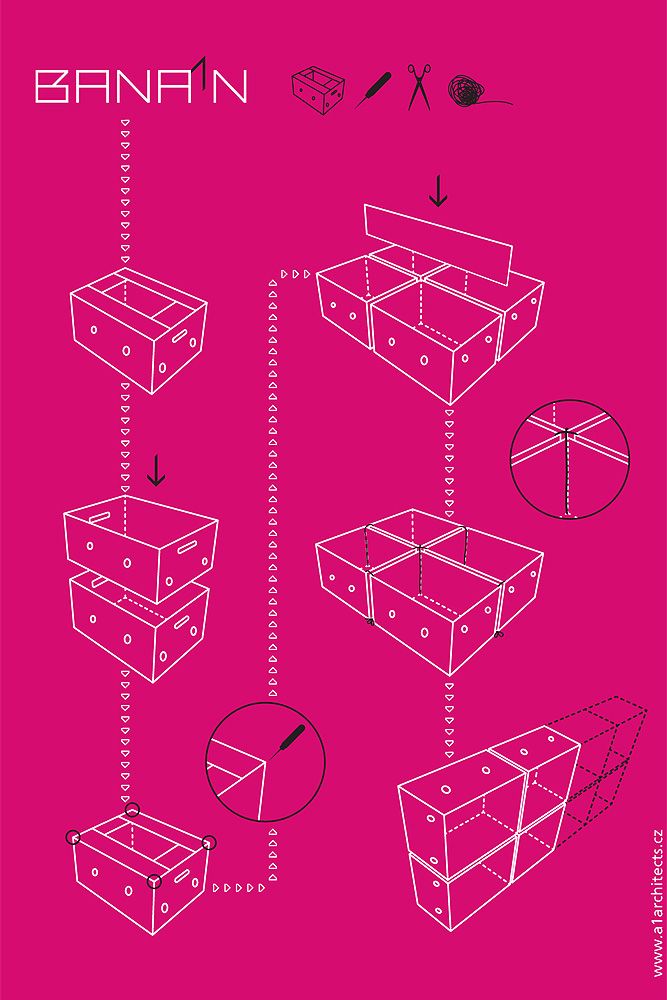 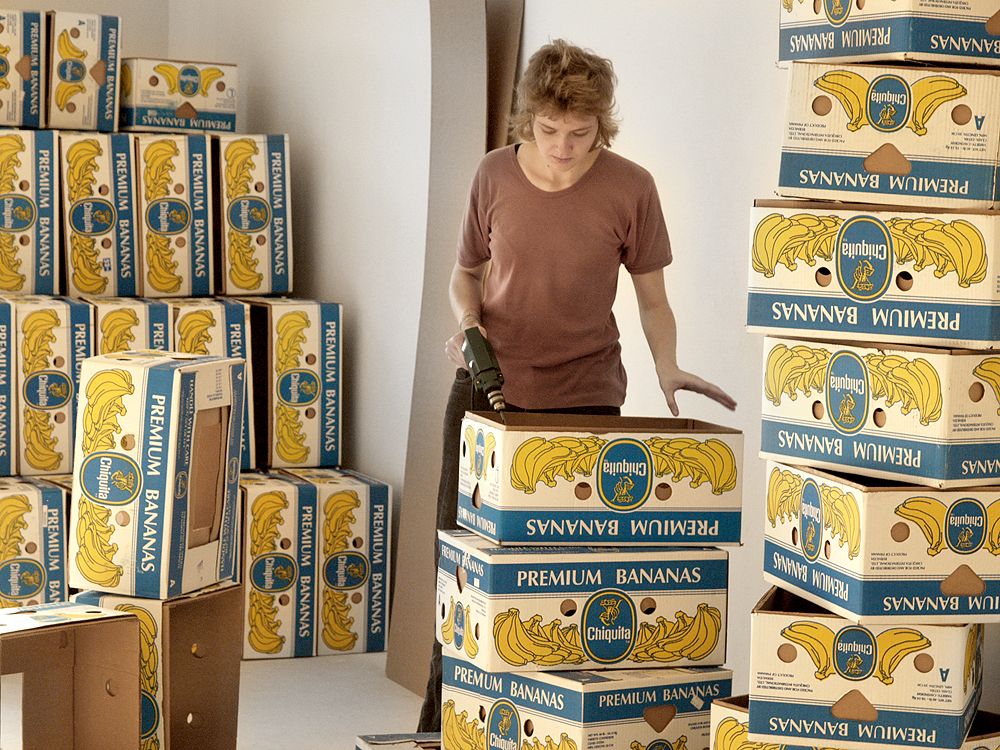 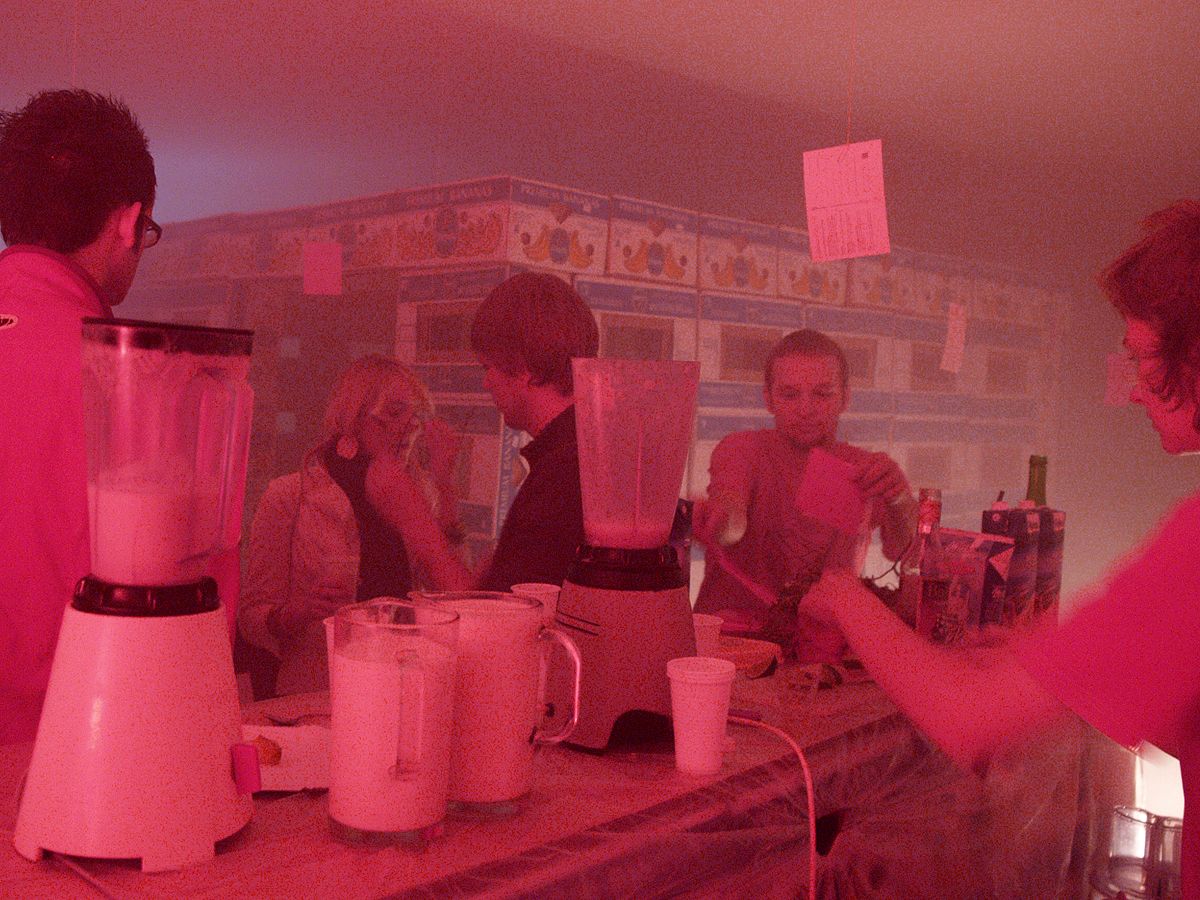 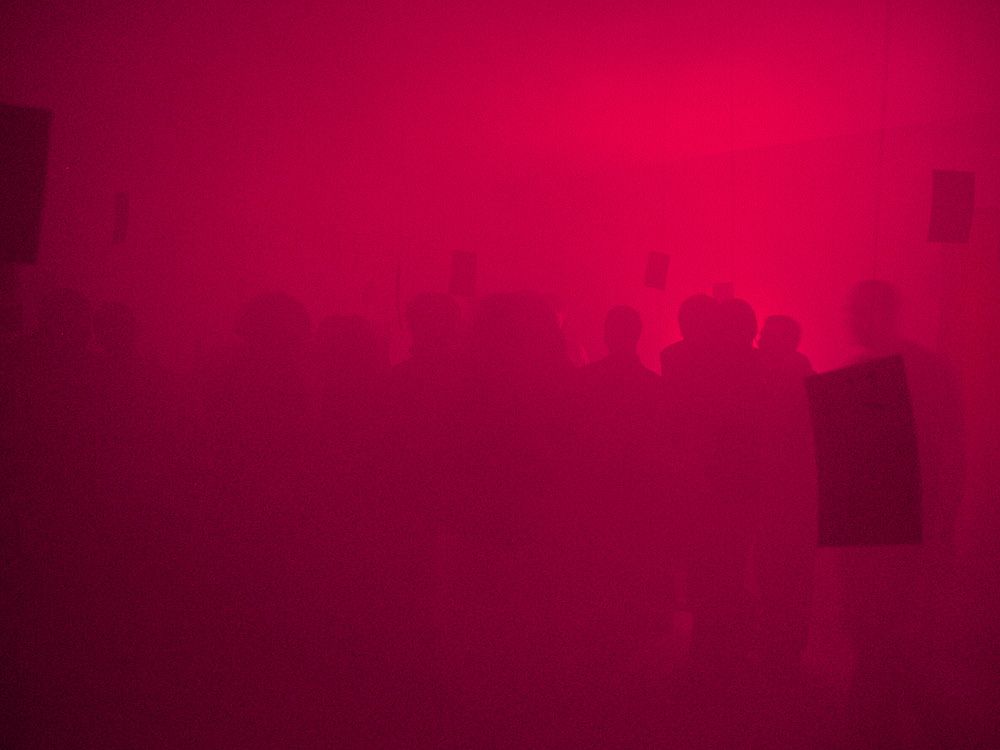 Bana1n is a shelving system based on structure made out of boxes used normally for transporting bananas. This recycling oriented design is rather a strategy for young people whose life is dynamic and often low budget, without car and without further investment in short-term housing. Young people often move only few things using boxes to pack books etc., to have some furniture would be just waste of money and time for most of them.
Bana1n system is free to be used in any occasion, in any interior and could be very easily dismantled and recycled again as any other paper box. There is no waste at the end. Spreading this banana boxes shelving system is opened to further developments like any freeware. The authors are more the explorers of the phenomenon than the designers themselves. They are those who just opened the doors…

Bana1n system was first presented at Designblok06, Prague design week in 2006.
The Bana1n library room was built with aprox. 200 pieces of boxes and was used as part of the banana milkshake bar.